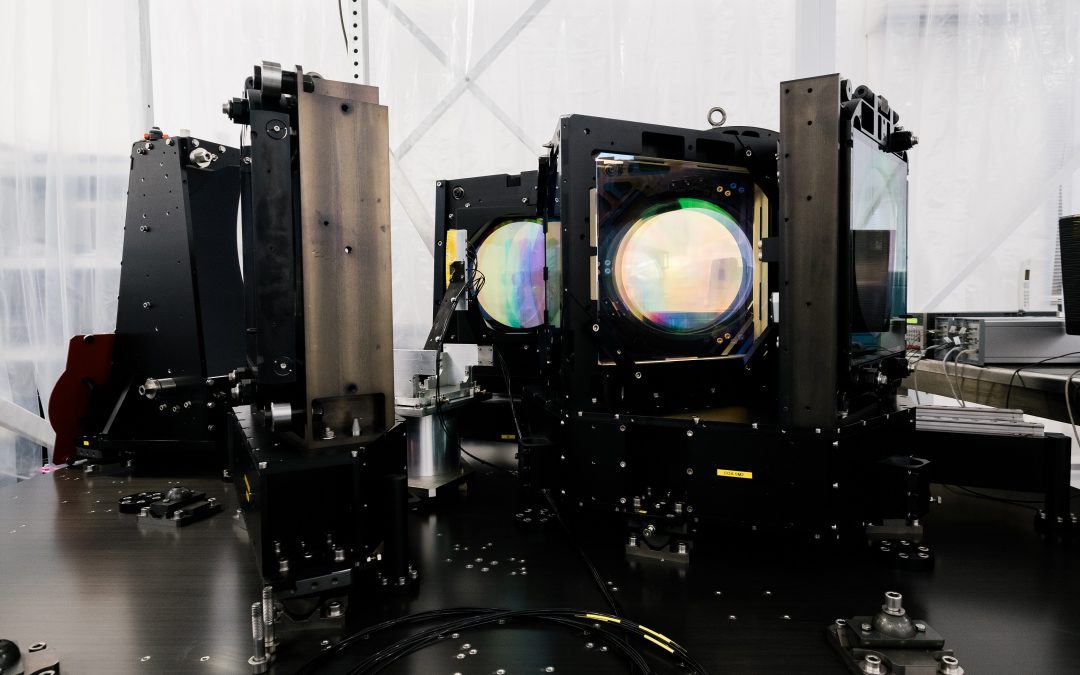 In late April 2021, the SuNSS spectrograph that comprises the PFS instrument (Prime Focus Spectrograph), has captured a night sky spectrum for the very first time. A very important milestone has thus been reached for the Kavli Institute for Physics and Universe Mathematics (University of Tokyo, Japan).

Installed on the Subaru Telescope on February 11, 2021, the SuNSS spectrograph provided by Winlight System allowed for the capture of the first direct sky spectrum. This is the first observation made by the National Astronomical Observatory of Japan (NAOJ), that operates the instrument which will consist in 4 spectrographs.

Thanks to 20 years of experience in the conception of optical components for Astronomy, Winlight System highly contributes to the PFS’ development, in closed collaboration with a consortium between the LAM (Laboratoire Astrophysique de Marseille – Astrophysics laboratory of Marseille), the NAOJ and Princeton University.

All the spectrographs will be entirely designed and manufactured in Pertuis, South of France, by Winlight System. They will be then transferred to the LAM in Marseille, South of France, as the laboratory is responsible for both the integration of the detectors and the scientific commissioning, before sending the instruments to Hawaii, United States.

A second spectrograph is currently on its way to Hawaii, a third one is under test at the LAM, while a fourth and last equipment is in production at Pertuis.

The PFS will soon be entirely mounted on the optical-infrared telescope, located at the summit of the Mauna Kea dormant volcano, on the island of Hawaii. It aims at discovering the origin of the dark matter by studying light spectrum coming from distant objects in the Universe.

Thanks to the Very Large Telescope’s 8.2-meter primary mirror, the PFS is capable of decomposing the light of celestial bodies, in a very large part of the sky and in various wavelengths. Known as “spectrum”, all the data collected will allow to study a celestial body’s characteristics, including its movements, height, size, temperature, chemical composition, etc.

Connected to 600 fibers each, Winlight System’s 4 spectrographs will enable the simultaneous reception of spectral images, between 380nm and 1260nm.

The PFS instrument will soon begin its scientific experiences, starting from 2022. The astronomers and Winlight system teams have one year left to dream about new science breakthroughs.