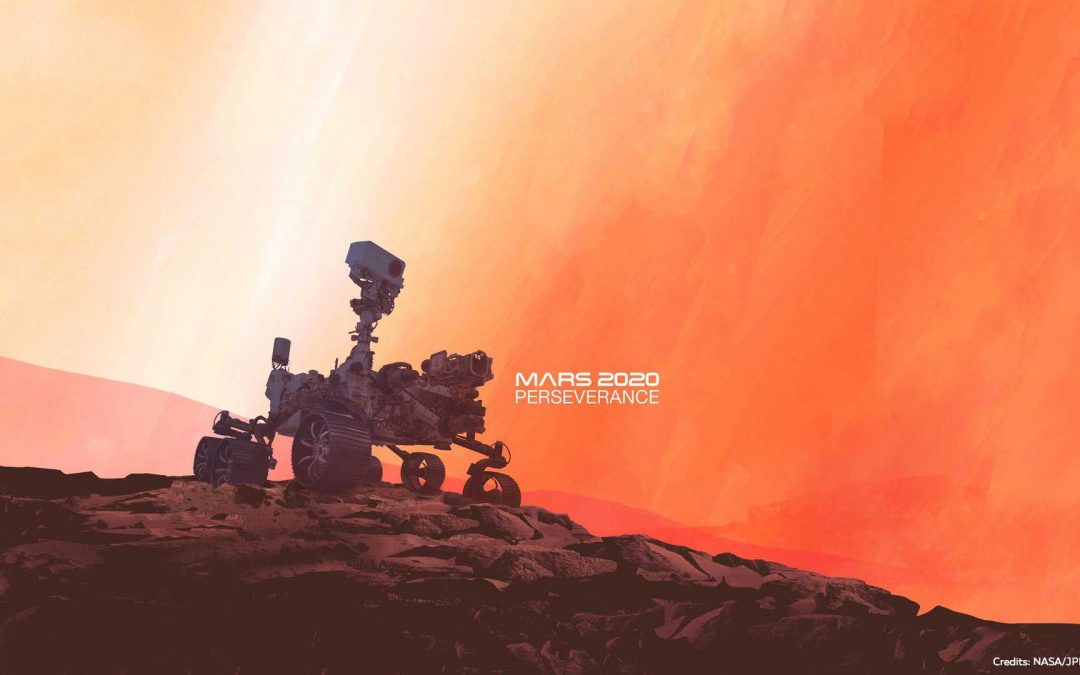 On July 30, 2020, the Perseverance rover and Ingenuity helicopter were both launched into space by an Atlas V rocket from Cape Canaveral, in Florida, United-States. After separation from the launcher, the spacecraft made a nearly seven-month journey before entering the Martian atmosphere and doing the last 150 kilometres to the Red Planet.

Now on the Jezero crater, the robotic rover Perseverance will be able to undertake its mission, which is collecting, packing and storing rock and soil samples in order to analyse their chemical and mineralogical composition. Those samples will allow scientists to study geological diversity on Mars, to detect signs of active, ancient or dormant microbial life, once they return to Earth by 2030.

Being the backbone of Mars 2020 mission, the Perseverance rover is composed of 7 instruments, including SuperCam, which is the result of a partnership between Los Alamos National Laboratory, United-States, and a consortium of French laboratories under the scientific direction of the Astrophysics and Planetary Sciences Research InstituteIRAP (French space agency CNES, French National Centre for Scientific Research CNRS, Toulouse III Paul Sabatier University), as well as the Spanish university of Valladolid.

Winlight participated in SuperCam’s design and development by providing two aspherical aluminium mirrors for materials’ spectrum measurement. It is the second time that Winlight’s optical components contribute to one of NASA space missions to the Red Planet.